Frost protection in the fruit garden

It will soon be that time of year again when our thoughts turn to ensuring our fruit plants and fruit trees remain safe and sound through whatever the winter may throw at them. Infact as I write, August 30th, we have already had 3 nights perilously close to a frost!
The majority of our fruiting plants are reliably hardy, others do need a little help when the going gets tough, or maybe you just live in a harsh environment or ‘up North’ !
Whatever your circumstances, there is certainly a case and need for describing the various ways in which fruits can be protected from the extremes of the weinter, especially given the conditions we have all endured these last few winter. As I write no-one seems to really know what Winter 2014 has in store, but to be prepared is to gain the advantage.
You may already garden in a frost pocket and this could certainly be the case if youe garden is lower than surrounding areas because cold air sinks to the lowest available level. But even in a frost pocket you can create a shelter with a hedge or low fence which will stop cold winds and impede the progress of cold air. Make sure you don’t plant too close to the hedge or screen – leave some air space between so you don’t trap the cold air around the plants or trees.
That is a practical solution for larger fruit trees. Smaller fruit trees can more easily be covered individually, with a cover made of fleece, or light fabric. It can be tied in place with a combination of supporting canes and string. This is a good way of protecting burgeoning blossom buds which are usually formed the previous Autumn and can actually be damaged by severe frost long before they begin to swell. The cover should be removed once fear of frost has passed to allow the buds to develop.
Smaller plants, strawberries and young bush fruits can be covered with straw, Hessian, large cloches or three layers of bird netting. You can simply drape newspaper over smaller subjects, as a quick and temporary measure, especially if frost threatens at blossom time.
Larger bushes can have their branches tied together at the top and then wrapped around with a suitable material, or you can construct larger frames which can be covered in fleece or Hessian. Don’t forget that some of our older Blackcurrant varieties are frost susceptible especially later in the year as they start to break dormancy.
Fan trained trees will gain some protection from the wall against which they are growing, but tender subjects such as Peach, Nectarine, Apricot and Fig, will benefit from some added warmth and are quite easily covered with Hessian or fleece or you can construct a shallow framework which can be stuffed with straw.
Photo Daniel Cadieux, www.redbubble.com 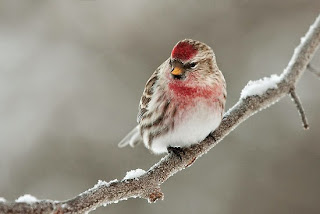