Re planting a raspberry bed

Re-planting new Raspberry Canes
One of the most frequent questions I get asked is the problems concerning replacing Raspberry canes where old ones have been.
It is generally accepted that this is NOT a good idea yet often there is no choice. If space is restricted in the garden or allotment generally, or you like to grow your Raspberries in a fruit cage then you might not have a choice. The reason why such practices are discouraged is because soil borne diseases – and in particular viruses – will be passed on to the new canes. Also the soil can suffer from ‘sickness’ and a lack of nutrients particular to Raspberries.
Luckily there are solutions. Neither are ideal – one involves a lot of hardy work and the other patience! But least they are feasible ideas for those in a raspberry-quandary.
The most sure-fire method of sterilizing the soil to make it safe for re-planting is to treat it with Jeyes fluid [as per manufacturers instructions!] This will kill viruses and other diseases reliably and is a relatively quick and inexpensive operation. But you must leave the ground fallow for 6 months afterward to be safe before re planting. At this time you will need to apply a good balanced NPK fertilizer.
The second method involves replacing some of the soil. Dig a trench not less than 18” wide [and preferably 24”] and the same in depth, remove ALL of the soil and replace it with good fresh topsoil from another part of the garden that hasn’t grown Raspberries. This ought to make it safe to re plant although there is a small chance that some virus might remain or get re-introduced from soil remnant left behind, but this risk is relatively small.
It should be noted that if you can swap your planting plant around a bit and re plant with other fruit where the raspberries have been, then you can safely do so with unrelated fruits. Any currants, gooseberries, strawberries and rhubarb will be fine but avoid Loganberry and Tayberry which may pick up the same virus. 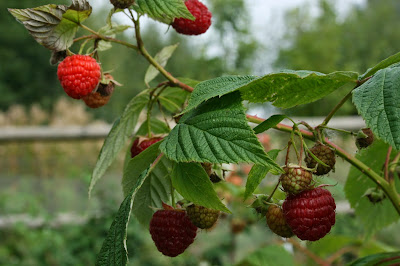