DAY NEUTRAL STRAWBERRIES EXPLAINED
A distinct class of strawberry which you certainly won’t encounter too often but which is sufficiently valuable enough to highlight.
A group with just a handful of varieties, these are small growing plants that produce very few runners which is probably why they are relatively uncommonly offered for sale. Often the Nursery has to resort to division of mature plants in order to increase stock.
Day Neutrals differ in one key element. They are oblivious to day length. This provides the garden with a wealth of opportunities to out of season cropping. If you were to provide a standard strawberry variety with gentle heat during the winter, it still would not be fooled into flowering and fruiting. You can extend the season of perpetual fruiting strawberries by bringing them into a greenhouse whilst they are in fruit and the season will be longer because it won’t be cut off by frost. But the plants will still stop fruiting because the key factor in growth ceasing is that of day length. A day neutral strawberry has no such sensitivity. So if you plant day neutral varieties in a greenhouse in the Autumn and provide just gentle heat they will commence cropping a few weeks later and continue indefinitely. Strawberries for Christmas and beyond are an exciting possibility.
These are perpetual strawberries which produce flower clusters at intervals over several months, if allowed. They can also be cultivated outdoors and grown just as you would a standard strawberry; they will then yield on and off over the entire season, from June to the frosts.
Because the plants expend so much energy they should only be cropped for one season, or two at the most. They should then be discarded for fresh stock. Regular feeding to help re build the plants strength during the course of the season is also an essential. Even outdoors you can manipulate the season by removing flower trusses at key times so that the crop is concentrated during another period.
These are very flexible and valuable varieties that suit any application, be it growing in the ground or in pots, grow bags, planters etc. The flavour isn’t as good as with traditional varieties, they remind me more of the dense, slightly crunchy foreign imported strawberries you get in the supermarket at Christmas and beyond. They have a decent aroma of strawberries but beyond that the flavour isn’t as pronounced. That said it is more than acceptable and I think more than worth it, especially when you consider the enticing prospect of harvesting your own strawberries at Christmas – or Mothers Day – or Easter – or whenever you please!
The range of varieties available is limited; Selva, Fern and Seascape are the main cultivars, all are very similar but if forced to choose ‘Seascape’ is the best producer with ‘Fern’ the marginally better flavoured. Selva can produce fruits of very good quality. 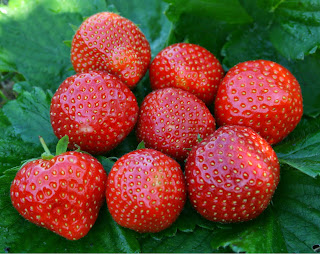